Nestled between South Africa and Mozambique, Eswatini – formally known as Swaziland – is a small country covering just over 17,000 square kilometres and has a population of slightly more than 1 million people. Lying at the intersection of major climatic zones, Eswatini’s climate is highly variable, and drought, floods, extreme temperatures, lightning and hail storms are fairly common.

The intensity and frequency of these phenomena has increased over the years due to climate change. With about 70 per cent of the population living in rural areas, and relying on subsistence farming, these increasingly adverse weather conditions are particularly concerning. Coupled with limited basic services (such as healthcare, energy and education), high poverty rates, and a high prevalence of HIV/AIDS, the country faces multiple challenges on all fronts.

Eswatini is committed to climate change mitigation and adaptation

In an attempt to address its challenges holistically, Eswatini produced its National Development Strategy in 2006 (updated in 2014). In 2016, the country expanded on the climate-related priorities outlined in the strategy, in its National Climate Change Policy, where it committed to reducing greenhouse gas emissions and adapting to climate change while continuing to advance its sustainable development plans.

“The Kingdom of Swaziland [former name of Eswatini] recognizes that climate change is one of the greatest threats to sustainable development. The Government also believes that climate change, if unmitigated, has the potential to undo or undermine many of the positive advances that the country has made in meeting its own development goals,” said the Honourable Mr Jabulani Mabuza, Minister of Tourism and Environmental Affairs, in Eswatini’s Third National Communication to the United Nations.

In 1995, Eswatini ratified the United Nations Framework Convention on Climate Change (UNFCCC). In 2015, the country signed the Paris Agreement, where – with 195 other countries – Eswatini pledged to reduce its greenhouse gas emissions and build resilience to adapt to the impacts of climate change. As part of this pledge, Parties to the Agreement are obliged to submit their Nationally Determined Contributions (NDC) to UNFCCC, and update or replace them every five years.

In its revised NDC, submitted in October 2021, Eswatini set the development of cleaner and renewable energy sources as a priority, by targeting an increase of 50 per cent in renewable energy capacity, and introducing commercial bio-ethanol for use in petrol-powered vehicles.

ICAT Director, Dr Henning Wuester, explained that transparency was at the heart of the Paris Agreement.

“For developing countries, transparency is an opportunity for evidence-based policy-making. Sound data and transparency provide: the basis for designing policies and measures, including NDC targets and effective policies that enable NDC implementation; the foundation for turning policies into reality, by mobilizing resources and engaging stakeholders; and the basis for monitoring and evaluating the implementation of NDCs in order to further strengthen them when they are next updated,” he said.

Key sectors of Eswatini’s economy were targeted, including energy, agriculture, land use, areas of land use change, forestry, and cross-cutting areas, such as water and health.

It resulted in the following main outcomes:

The achievements of the project are the first important steps. To continue to meet its climate commitments, Eswatini must maintain its commitment to transparency efforts, ensuring that all the systems that have been developed and strengthened in this process become fully operational, setting up an effective tracking framework for NDC implementation, and establishing the foundations for long-term capacity on the national level. 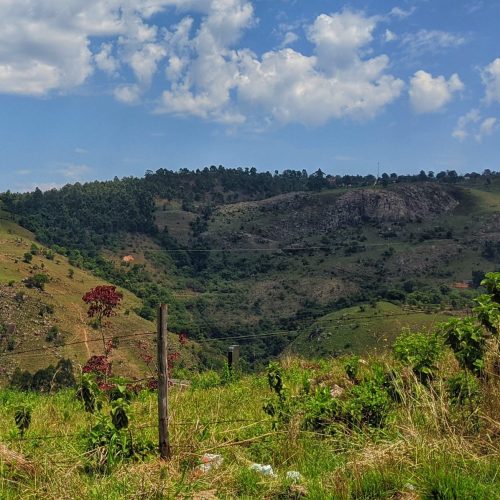 Photo by Ndumiso Silindza on Unsplash

China strengthens its implementation of ETF

June 30, 2022
We use cookies on this site to enhance your user experience.
By clicking “Accept” or any link on this page you are giving your consent for us to set cookies.
Accept More info
Manage consent