Tracking progress towards climate commitments at the federal state-level: the case of Brazil

Brazil is the most biodiverse country on the planet, home to six biomes, including a large part of the Amazon rainforest. Despite having such a rich ecosystem, the country remains one of the world’s largest greenhouse gas (GHG) emitters, with its largest source of emissions stemming from unsustainable land use and the forestry sector. Taking a step towards global climate governance, Brazil was the first country to sign the United Nations Framework Convention on Climate Change (UNFCCC) in 1992.

Since then, Brazil has continued to reinforce its commitment to climate action. In 2010, it became one of the first developing countries to put forward an emissions reduction target and in 2015 the government scaled up the ambition of its climate efforts leading up to the Paris Climate Change Summit. Brazil’s first NDC saw the adoption of an economy-wide absolute mitigation target, with absolute emission levels of 1.2 GtCO2e in 2030, corresponding to a reduction of 43%, based on estimated emission levels of 2.1 GtCO2e in 2005.

Recognising the need to develop a more comprehensive methodology and framework for Monitoring, Reporting and Verification (MRV) of the country’s NDC commitments, the Brazilian Forum on Climate Change, a stakeholder forum chaired by the President, partnered with the Initiative for Climate Action Transparency in early 2018. Mandated to promote dialogue and consultation on the mitigation and adaptation actions needed to implement Brazil’s NDC, the Forum worked closely with Centro Brasil no Clima (CBC) and Centro Clima (COPPE/UFRJ) to implement the first phase of the ICAT project, which established indicators to monitor the implementation of Brazil’s NDC.

MRV indicators involve procedures and guidelines that allow the monitoring of NDC progress through accounting, quantification and disclosure of information, making it possible to identify the GHG impacts of mitigation action in various sectors and how these sectors behave in relation to their emission reduction targets. These indicators are also a valuable tool to help better understand the emission profile of federal states and as a basis for structuring public policies at the subnational level.”

Emission data was prepared and published, and was disaggregated by economic sector. This helped to create awareness about the sources of GHG emissions and provided a basis for the second phase, which began in early 2020.

From the foundations of first phase work, the project moved to take on a subnational focus, engaging state governments in the NDC commitments, prioritizing the development of mitigation actions and capacity building at state level. The project was implemented with three pilot states (Amazonas, Minas Gerais and Rio de Janeiro) and, through a participative process with state-level stakeholders, developed reports and proposals that could help states to assess their potential to contribute to the Brazilian NDC, to establish state mitigation targets, and to develop a subnational MRV system to monitor emissions trajectories. As part of this process, CBC and Centro Clima developed a series of studies on the three pilot states that analyzed sectoral emissions, proposed a business-as-usual and a mitigation scenario for state emissions, and proposed MRV indicators to track mitigation actions in each state.

The reports developed under the project indicate an increasing trend in GHG emissions for all three states, which would move the country away from reaching its NDC targets. In Minas Gerais and Rio de Janeiro, the study points out that the expected growth in gross GHG emissions in relation to the 2005 level is 18% and 33% respectively, even with actions to reduce emissions. Amazonas, in turn, presented a positive scenario if additional mitigation actions are taken, especially in the AFOLU and industry sectors. The results show that the state has the potential to reduce emissions by 233% compared to the 2005 level.

The ICAT project contributed to the development of pathways for emission reductions in the state of Amazonas. The project also contributed to strengthening the State Forum for Climate Change, which is an important space for discussion of the state’s commitments in this agenda. The partnership with Centro Brasil no Clima and the support from ICAT are crucial for the development of state public policies to avoid the aggravation of climate change.”

– Eduardo Taveira, State Secretariat for the Environment of Amazonas at the project closing workshop.

The closing workshop, where the results of the project were discussed, saw the participation of representatives from all three states, along with the Federal Ministry of Ministry of Science, Technology and Innovation and national and international experts. A summary report in Portuguese developed as part of the project sets the scene for knowledge sharing between pilot states, with other Brazilian states, and amongst Portuguese-speaking countries more widely.

Guilherme Lima, coordinator of the ICAT Brazil project at CBC, notes “there is still potential to further improve efforts at the national level, in terms of transparency, MRV mechanisms, and the establishment of well-defined responsibilities in terms of data collection and submission. In order to strengthen the implementation of climate action in Brazil and build synergies for integrated implementation of the NDC, the Federal Government and State Governments need to be aligned and in dialogue with the various sectors of the economy. It is in this sense that the importance of the ICAT Project is clear, providing the necessary subnational vision for the development of public policies. Additionally, there is the  possibility of applying the monitoring indicators elaborated in the project in other states in the country.” 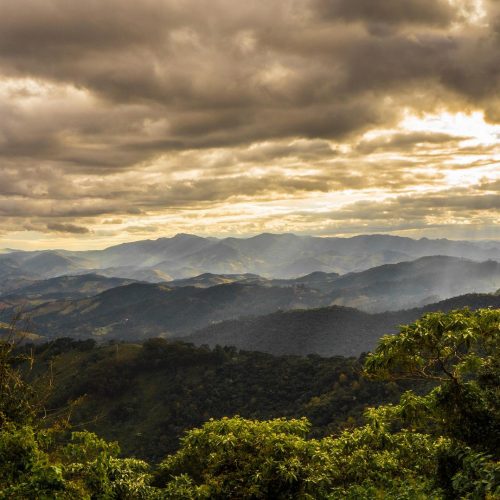 For more information about ICAT’s work in Brazil, please contact the ICAT Secretariat.