Morocco’s Climate Change Policy of 2014 (PCCM, 2014) embedded a subnational approach in national climate action, encouraging implementation of the country’s National Plan to Combat Global Warming at the local level to better account for regional contexts. The Souss Massa region, placed centrally in the country’s long land profile, has since established itself as a frontrunner in the implementation of pilot climate action projects.

“The National Plan to Combat Global Warming explicitly recommends that regions create their own Territorial Plan to Combat Global Warming (PTRC). In this way, national action is actually supported by actions on a subnational level,” said Khadija Sami, Regional Director of Environment of the Souss Massa Region. “Souss Massa released their PTRC in early 2018, the first region in the country to do so. It reflects the commitment of local actors to developing an integrated strategy to fight against global warming, taking into consideration international issues, national priorities, and local abilities to adapt to climate change, while taking care to mitigate the region’s GHG emissions.”

As part of the mitigation component of its PTRC, the Souss Massa region carried out an inventory of GHG emissions, using 2013 as the reference year, to identify both emission sources and emission levels in line with the 2006 IPCC Guidelines. The energy and agriculture sectors were found to account for 44% and 33% of total GHG emissions in the region respectively, setting the scene for the development of a Monitoring, Reporting and Verification (MRV) system with these sectors as a focus.

Strengthening transparency at the subnational level

To further develop its mitigation strategy, the Secretariat of State for Sustainable Development and the Regional Directorate of Sustainable Development in Souss Massa partnered with ICAT in 2018. With technical support provided by the UNEP Copenhagen Climate Centre (formerly the UNEP-DTU Partnership) as ICAT’s implementing partner, the project aimed to consolidate the results of the GHG inventory and develop a subnational MRV system in the Souss Massa region, piloting it in the energy and agriculture sectors.

“The project started with an analysis of the existing national and subnational MRV systems, including institutional, regulatory and capacity aspects and looking into benchmarks and good practices globally,” said Fatima-Zahra Taibi, project lead at the UNEP-Copenhagen Climate Centre. “From there, an institutional and legal framework for an MRV system in the Souss Massa region was proposed, incorporating a data collection platform equipped with a Quality Assurance/Quality Control (QA/QC) system. A roadmap was prepared with recommendations for the rollout of the MRV system, which was then piloted in the two target sectors.”

The roadmap developed acts as a reference for all actors involved, defining the methodological approaches, recommendations, the organizational mechanism to be put in place, the activities to be carried out, and the workshops and capacity building necessary. The legal framework in the form of a gubernatorial decree, currently being examined for approval and signature by the President of the Souss Massa Region, will formalize the functioning of the different bodies and stakeholders involved with the MRV rollout. A key takeaway from the project is that the success of an MRV system depends on the effectiveness of institutional coordination and mechanisms for sharing information between the various public institutions, the private sector and the professional associations operating in the region.

The development of the subnational MRV system in Souss Massa provided the inspiration for other regions to seek the development of similar regional MRV frameworks in line with Morocco’s policy of advanced regionalization.

The ICAT project and the continued collaboration planned bodes well for the region’s continued efforts to become one of the leading regions in Morocco in the fight against climate change.”

Having concluded in mid-2021, the ICAT project can be considered as a first milestone in the development of a process. As Dr. Henning Wuester, ICAT Director notes, “Integrating subnational action into the NDC is an important step to ensure that climate action is considered at every level, reaching the ambition required to meet global climate objectives. Robust MRV frameworks like the one created for Souss Massa are a crucial foundation for that.”

Discussions have been held with the Regional Directorate of Environment and at the Ministry level to discuss the most appropriate aspects for a second phase of the ICAT project in the region. In line with the roadmap, current plans focus on revising the region’s PTRC to align it with the new Moroccan NDC as well as the development of an NDC tracking framework. This would deepen the region’s ability to assess the impact and cost of mitigation policies in the priority sectors. 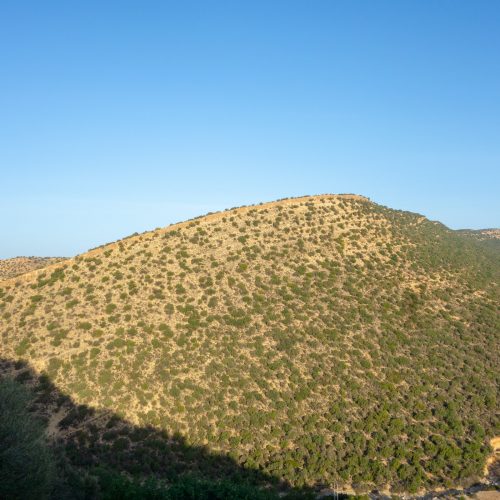 For more information about ICAT’s work in Morocco, please contact the ICAT Secretariat.