Editor’s Note: At the time of publication, the tragic passing of Alfredo Sirkis, the Executive Director of the Centro Brasil no Clima and former Member of the Brazilian House of Representatives, was reported. The ICAT Secretariat offers its deepest condolences to the family and friends of Mr. Sirkis during this very sad time. Mr. Sirkis was a visionary and determined leader. He recognized early on the need for a strong global response to the climate challenge and the important role Brazil can and must play as part of that global response. Mr. Sirkis was an inspirational leader for climate action in Brazil and worldwide, and his outstanding work, including leading the ICAT project, has made a lasting impact.

Brazil’s ICAT project has set a solid basis for achieving and tracking the country’s Nationally Determined Contribution (NDC) targets. Conducted by the Centro Brasil no Clima (CBC) and the Centro Clima/COPPE/UFRJ, the recently concluded ICAT project developed scenarios of how Brazil’s NDC targets can be achieved and, based on these scenarios, formulated a set of indicators to monitor the implementation of the country’s NDCs.  Over time, this will allow Brazil to establish an MRV system capable of assessing the progress of achieving their mitigation targets in a transparent and participatory process, as well as help shape government legislation.

In addition to bringing an agile and innovative approach in responding to a country’s needs, a key aspect that underpinned the success of ICAT’s work in Brazil was that the project enabled the continuity and strengthening of work already being done to implement the country’s NDC. This is evident in the results of the project, which included:

According to the late Alfredo Sirkis, the Executive Director of the Centro Brasil no Clima, the methodology developed for the MRV of GHG emissions in Brazil was “new and unprecedented”. As the methodology can be used at national and subnational levels, discussions with the Ministry of Science, Technology and Innovation of Brazil (MCTIC) on how to improve the MRV processes across the country have subsequently accelerated.

Considered as a positive outcome, the MCTIC agreed to prepare and publish inventory data, disaggregated by state and by economic sector, from the next inventory onwards. This information is crucial for advancing the implementation efforts of Brazil’s NDC at the state level and because it creates awareness about the source of GHG emissions in each state. Empowered with this information, the states can identify the potential of mitigation actions and policies as well as develop scenarios to understand the emissions pathways they need to pursue.

Of particular importance was the development of a law bill that aimed to establish a national MRV system for GHG emissions. Despite a temporary delay due to electoral timing of the Commission of Environment of the National Congress, there is the potential for the bill to be included in the Senate discussion on changing the National Policy on Climate Change.

The ICAT Phase 1 project developed two different mitigation scenarios for Brazil to implement their NDC targets and translated those scenarios into indicators to monitor the GHG reductions in each sector. Prior to the mitigation scenarios, a realistic baseline scenario for 2025 and 2030 was developed based on Brazil’s Nationally Appropriate Mitigation Actions (NAMAs) and pre-NDC commitments such as the National Policy on Climate Change.

Mr. Sirkis from Centro Brasil no Clima highlighted that “data with this level of detail did not exist before, and its availability is useful for any other projects related to the study of mitigation options at state or federal level”. Of particular importance is that these scenarios go beyond the NDC targets for 2025 and 2030, demonstrating the ability of such work to enable more ambitious GHG emission reductions.

What were the learnings?

The ICAT Phase 1 project built on the learnings of the participatory process involved in the development of Brazil’s NDC roadmap and mapped out what actually needs to be done in order to implement the NDC. Central to this were the scenarios developed which show where the country needs to be in the future in order to implement its NDC and with clear sectoral targets and a methodology for monitoring the progress in place.

A logical next step will be the transposition of the methodologies to the subnational level. Despite some Brazilian states already starting to do this – some states have developed GHG inventories and climate adaptation plans, other states established targets in line with the NDC, while others have just started to give attention to the matter – there is supposedly no concerted action at present.

For this reason, ICAT Phase 2 aims to complement the work started in Phase 1 by engaging new actors and advancing the work on NDC implementation at the state level. It will, however, be challenging for a number of reasons. According to Mr. Sirkis, the 27 states have a variety of political and economic contexts and different profiles of GHG emissions, they are not fully autonomous and depend financially on the federal government, and they do not have their own judicial systems. Moreover, the states that have higher levels of GHG emissions tend to display more resistance to climate change interventions.

Considering this, the ICAT Phase 2 project will aim to generate positive results with those states that are more interested and advanced in the climate agenda and use the results to encourage other states to reproduce similar successes.

As some states have already elaborated their GHG inventory and their climate adaptation plan, a logical next step for them is to develop an NDC with a state-level scope. A scope which would define targets that the states can pursue at the sectoral level and that develops the corresponding indicators to monitor the GHG reductions in the states. This is exactly what the ICAT Phase 2 project will strive to do.

The ICAT Brazil Phase 2 project, which will focus on the subnational level, aims to facilitate the engagement of states and to identify opportunities for the development of actions that contribute to the implementation of Brazil’s NDC. With a kick-off workshop having already taken place in early 2020, the outcomes of Phase 2 will be shared in late 2021. 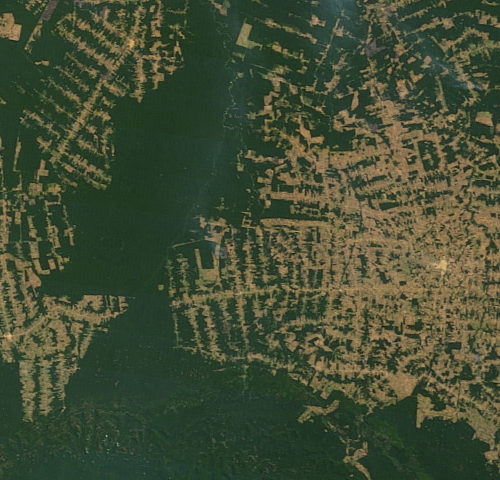