Call for Proposals: Assessment of the policy framework impact on the renewable energy generation expansion in the Brazilian power grid

Brazil has been an active player in the global climate change agenda and engaged in promoting the need for transparency. In 2009 the country issued its Climate Change Law (12187/2009) and in 2010 an Executive Decree (7390/2010) created the legal base for MRV actions and procedures. In addition, Brazil has already published four National Communications (NC) and four Biennial Update Reports (BURs) to the UNFCCC, the last of which was delivered in 2020. Recently the country received support from ICAT to
enhance its transparency framework by developing MRV indicators to assess climate policies and actions at the national (1st phase) and subnational (2nd phase) levels.

In 2010 Brazil published its Nationally Appropriate Mitigation Actions (NAMAs) with targets for 2020. In 2015 the country issued its first Nationally Determined Contribution (NDC) to the Paris Agreement with an economy-wide target of emission reduction of 37% by 2025 and an indicative target of 43% by 2030, with 2005 as the base year. The NDC is formulated around a national target and does not stipulate specific actions. More recently, in 2020 Brazil updated its NDC, making the 2030 target official but without changing the ambition. This new version of the NDC also introduced an indicative target of achieving net-zero emissions by 2060. Finally, in November 2021 during the COP26, the Brazilian government announced a commitment to a 50% reduction by 2050, also with 2005 as the base year.

Brazil achieved significant results in GHG mitigation between 2004 and 2009 when emissions decreased by about 65% mostly driven by the efforts to halt deforestation. Because of this reduction in GHG emissions from LULUCF, other sectors became more important to achieving the national-level mitigation targets. For example, the energy sector was responsible for approximately 29% of Brazilian emissions in 2016 (the last year available in the 4th National Inventory). The energy sector represented the second highest GHG emitter after agriculture (33%).

The results showed that under the reference scenario emissions from energy supply are expected to increase by 89% between 2005 and 2030, whereas in a scenario with more mitigation actions the expected increase is 73%. This difference is provided mostly by the emission reduction in electricity generation due to the higher penetration of renewable sources, such as wind and solar photovoltaic, besides the no expansion of fossil fuel power generation capacity beyond the plants that won energy auctions until 2017.

The ICAT Brazil Project phase 2 switched the focus to the subnational level aiming to assess the contribution of states’ actions to the achievement of the Brazilian NDC. Reference and mitigation scenarios were developed for three states (Amazonas, Minas Gerais and Rio de Janeiro) and MRV indicators were proposed to track the emissions in each of them. In addition, an assessment of the transformational impacts of the State Policy for the Energy Transition (PETE) in the state of Minas Gerais was conducted. The results show that the PETE could trigger moderate transformational impacts, partly because of income and job creation. The region of the state that concentrates the potential for solar power generation is one of the poorest in the country.

The analysis from phases 1 and 2 of the ICAT project highlighted the importance of the energy sector not only in meeting the national emission reduction target, but also in promoting sustainable development. Therefore, phase 3 will focus on the electricity generation sector, assessing the potential expansion of variable renewable energy and the co-benefits (in addition to GHG mitigation) associated with these sources.

The existing analysis of energy generation in Brazil does not effectively integrate policy impact (existing or future), practical considerations (incentives and barriers) and sustainable development considerations. These include the scenarios developed in the ICAT Brazil phase 1 project, the Deep Decarbonization Pathways in Emerging Economies.

It is, therefore, necessary to assess how the existing policy framework can impact the expansion of variable renewable energy in the national grid, and what are the necessary improvements to unlock the country’s potential. Additionally, to support the adoption of necessary changes, it is important to identify the co-benefits of expanding the use of renewable energy sources in terms of sustainable development goals. Showing the positive impacts provided by renewable energy (in addition to GHG mitigation) could attract support from society and facilitate policy implementation. Finally, the analyses must rely on stakeholder consultation, both to identify the improvements in the policy framework to expand VRE and
to assess the impacts on sustainable development.

For more information about the specific activities, how to submit a proposal and supporting documentation, please visit the UN Global Marketplace.

Please contact Teresa Schueler no later than 14 November 2022 (23.59 CET). Requests for clarifications or questions submitted after this date will not be considered.

Case study: ICAT’s work in Nigeria – towards the establishment of a robust sectoral MRV framework 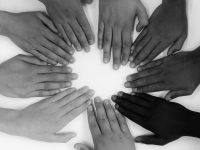 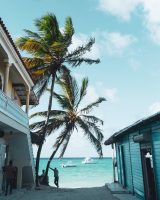