The Initiative for Climate Action Transparency (ICAT) is seeking Expressions of Interest from new partner countries to join the Initiative and receive support from ICAT to enhance domestic capacity for mitigation and adaptation action transparency, guided by the Enhanced Transparency Framework of the Paris Agreement (ETF). Support will be provided in the form of resources for a project coordinated by a national focal point and implemented by national experts. Additionally, each ICAT project will be supported by international expert advisory services.

ICAT also invites regional entities or institutions to submit an Expression of Interest to establish and host a regional climate action transparency hub following the approach for the two Regional Hubs that have already been set up.

The Initiative for Climate Action Transparency was established in 2015 at the COP that adopted the Paris Agreement to support implementation of the Agreement’s Enhanced Transparency Framework.

ICAT offers a range of methodologies and tools to assist countries. The Initiative works with over 40 developing countries ranging from large countries, like China, to small islands, such as Antigua & Barbuda.

ICAT is an unincorporated multi-stakeholder partnership steered by the Donor Steering Committee (DSC), conformed by its donors, the Children Investment Fund Foundation (CIFF); ClimateWorks Foundation (CWF); Germany and Italy, and  the UNFCCC Secretariat  and UNOPS as ex-officio members. The Initiative is managed by UNOPS on behalf of the DSC. Within UNOPS, the ICAT Secretariat manages ICAT day-to-day activities, coordinating and guiding the work of the implementing partners.

To address the countries’ needs ICAT’s support has built on the following core features:

Country support will be delivered through focused and time-bound (12 to 18 months) projects with resources provided for work by national experts or a national expert institution, training activities, stakeholder workshops and related activities. In addition, there will be dedicated international expert advice supporting the activities at the national level. ICAT collaborates with partner countries to design the project workplan or to build it from a menu of project modules. The project modules are based on already implemented ICAT country projects and each module is aimed to address one or few requirements of the ETF. The modules can be combined and tailored to address country’s needs and priorities:

ICAT is open to engaging with countries with a different level of readiness for implementation of the ETF requirements. Modules one to three would allow countries to develop and implement the necessary foundation for effective NDC implementation, whereas modules four to nine would require some MRV framework be in place prior to engagement. If a country already has clearly defined requirements for support within the scope of ICAT’s mandate, the project can be tailored to meet those needs.

Interested countries are invited to submit a formal Expression of Interest issued by an official entity (ministry or agency) with competency in the matter, by email to icat@unops.org. The following information should be included:

Countries which intend to submit an Expression of Interest should be informed that joining the Initiative will imply commitment from a designated focal point to ensure swift project preparation and coordination of the work at the national level for a successful project.

Interested regional entities are invited to submit a formal expression of interest covering similar information as above. These submissions should ideally have received support from the countries of the region or subregion to be covered. Formal support letters from the countries will need to be obtained before a Hub can be established.

Submission timeline and next steps

Submissions received by 15 January 2023 will be given priority.

The submitted Expressions of Interest will be reviewed based on approved selection criteria:

A list of selected countries will be finalized within ten weeks after 15 January 2023. The ICAT Secretariat will then send out the invitations to the selected countries and will lead the initial discussions with country focal points on country priorities, gaps in capacity and the interest in ICAT methodologies and tools. A period of five weeks will be given to countries to formally confirm the invitation to join ICAT. A country scoping phase will then follow. Based on this, a work plan and budget will be developed by a country with support from the International Implementing Partner funded by ICAT. The engagement will then be formalized by concluding a Project Cooperation Agreement (PCA) between the responsible government entity and the United Nations Office for Project Services (UNOPS). A summary outlining the steps to prepare for an ICAT project can be found in annex II.

Implementation of the work plan is envisaged to start in mid-2023.

ICAT will be present at COP27 from 9-17 November. Country focal points can contact Ms. Eleni Patra (elenipa@unops.org) to arrange for a meeting with ICAT’s Director, Mr. Henning Wuester or ICAT’s Senior Programme Manager, Mr. Oleg Bulanyi. ICAT will also be available to hold virtual discussions with interested countries before the deadline for submission. 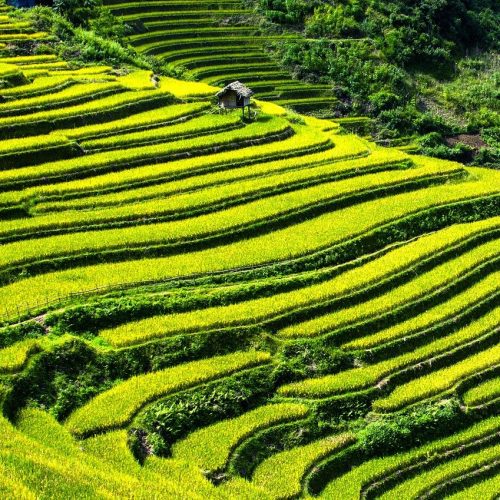 Submissions received by 15 January 2023 will be given priority.

Photo by PublicDomainPictures on Pixabay

Work with us – Intern: Climate Change and Country Engagement Work

Work with us: Intern – Climate Change and Monitoring and Evaluation

Call for Proposals: Support for the delivery of a blended training course on Climate Transparency in French

COP27 Side Event: Challenges and Benefits of the Hub for Climate Transparency in Central Africa: First Results

COP27 Side Event: Monitoring and Evaluation of Just Transitions

COP27 Side Event: Article 6 Implementation and its integration to the Enhanced Transparency Framework of Article 13